The Southern Film Festival, in collaboration with the Israeli Film Project of the Rabinowitz Arts Foundation and the Cyprus Film Days IFF, provides a spotlight on one of the geographically closest, but least known film industries to Israel - the film industry in Cyprus.

The early 1960s can be seen as the starting point for the development of the film industry in Cyprus, after gaining independence. It is a small industry with modest budgets, but with the support and government investment of the Ministry of Education and Culture in Cyprus, Cypriot cinema is gaining impressive achievements and recognition at festivals around the world. Alongside the achievements of local cinema, Cyprus has embarked on a program aimed at promoting new opportunities for cooperation between the film industry in Cyprus and the film industries in Europe and the Mediterranean, providing tax incentives, dedicated conferences, and the international film market DOT.ON.THE.MAP, organized by the Cyprus International Film Festival and the Cypriot Ministry of Education and Culture.

Initiated and supported by the Israeli Film Project - The Rabinowitz Arts Foundation will hold the first meeting during the festival that will allow the two film industries to get to know each other in person while striving to promote partnerships between the Cypriot and Israeli film industries.

In addition to the meeting, the Southern Film Festival will screen selected films from contemporary Cypriot cinema in the presence of the creators. The four films that will be screened at the festival provide an introduction to Cypriot film and its thematic and aesthetic aspects. In Pause, by Tonia Mishaeli stands a woman dealing with an unfavorable marriage. Mishaeli tackles gender issues within a patriarchal society, addressing an issue that few films manage to portray so impressively - economic violence - thus giving voice to women whose lives are depressed and affected in a destructive way without seeing bruises or marks on their bodies. Senior Citizen by Marinos Kartikkis, co-produced by Tonia Mishali, also addresses an economic issue in cinema - dealing with old age and the loneliness that accompanies it. Kartikkis chooses to place an elderly man at the center of his film who alleviates his loneliness while sitting on the benches of outpatient clinics at a local hospital. Through one story of an elderly and lonely man, the film delicately and sensitively touches on burning issues in world society - loneliness, old age, and fringe, often present in the lives of men and women in old age.

Alongside Pause and Senior Citizen, dealing with universal social issues, two films dealing with political issues and reflecting many of the Cypriot films affected by conflicts and historical traumas following the struggles and wars for control of the island over the years, since 1974 Cyprus is divided between the Greek and southern parts of Cyprus and the Turkish northern regions. Ongoing conflict, occupation, and questions about boundaries are manifested in various ways in Smuggling Hendrix, by Marios Piperides and in the Siege on Liperti Street Writer by Stavros Pamballis. While Smuggling Hendrix, filmed in the two-side city of Nicosia, explores questions of boundaries and definitions through humor and a trivial situation of a man looking for his dog, a Siege on Liperti Street Writer focuses on the tragedy of a family facing a deadly economic crisis, similar to the Greek-Turkish one. Watching these two films - in which the political history and memories of violence and displacement are etched within, as well as questions of what actually happened and what are the actions by which a solution can be found - is also thought-provoking on our own Israeli-Palestinian conflict. 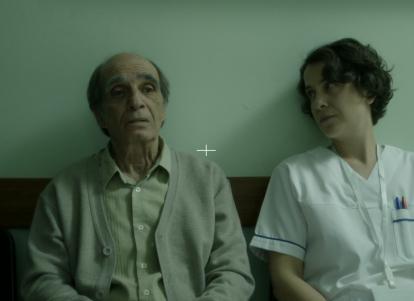 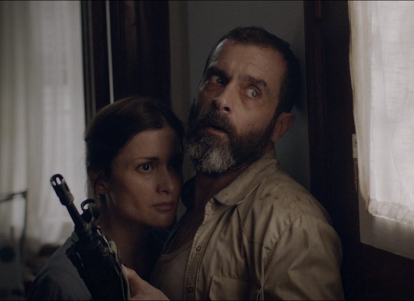 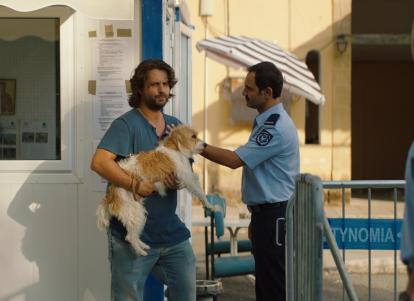