Starting on the first day of the Southern Film Festival - exactly twenty years ago - the festival engraved on its banner the gospel of alternative Israeli cinema, both in production, thematically, and aesthetically. To a large extent, the mission of the Southern Film Festival over the years has been to locate those films that are the shooting stars of Israeli cinema - those that pierce the sky in a spectacular and eye-popping way but are usually forgotten immediately after they fall, or in the case of the film world, screened very few times. This is also the reason why the festival has never given up on conversations with the directors after the screenings of their films - in order to illustrate their uncompromising uniqueness in the star-studded sky. As the oldest Israeli film festival held in the periphery, the festival's vision is to illuminate those films, creators who may be forgotten along the way, while creating a constant dialogue with the audience.

Over the last twenty years, Israeli cinema has experienced one of the most important and significant periods in its history - many artists have broken both physical and artistic boundaries and marched Israeli cinema to successes, some of which were unprecedented. The five feature films presented at this year's festival constitute a worthy summary of both this important period on the one hand and a kind of interim summary of the Israeli work that the Southern Film Festival supports on the other. Three independently produced films will be screened at the festival this year, all three offering a personal and uncompromising creative vision: In All Eyes Off Me, director Hadas Ben Aroya continues to accurately, painfully, and movingly penetrate into the emotional being of an entire generation. Through constant movement between the blunt and the restrained, Ben Aroya succeeds in purifying an honest and cruel emotional authenticity in a way that few succeed in. Itzik Rosen's Forgotten Nation, is a distinct genre film, and without a doubt one of the most extreme and violent films made in the country that connects to the "new violence" films of the last decade in Israeli cinema. This unique guerrilla production discusses, through the problematic rape-revenge violence genre that has become a stimulus in a world where everyone is watching everyone. Adam Calderon's The Swimmer, which has won its first support at our festival, is a welcomed outburst of mesmerizing and eye-popping aesthetics that leads viewers into the depths of the creator's personal world. Calderon contrasts the so-called non-local aesthetic with the landscapes of the western Negev and the kibbutz.

These three independent productions are joined by two films by directors who have been members of the festival over the years, both of whom have never compromised on their vision - In Let There Be Morning, Eran Kolirin continues to position himself as one of the leading creators of Israeli cinema for the generations. Kolirin continues to engage in a poetic, human, and, above all, unforgettable way, the Israeli-Palestinian conflict, this time focusing on problems that tear apart their society and identity. In Shake Your Cares Away, Tom Shoval explores in both satirical humanity and cruelty, the class gaps that have been tearing the world apart in recent years. Shoval presents a complex and contradictory picture, deliberately provocative, which aims to challenge not only the moral attitudes of viewers but also, to a large extent, the way many perceive the role of cinema in navigating social worldviews. 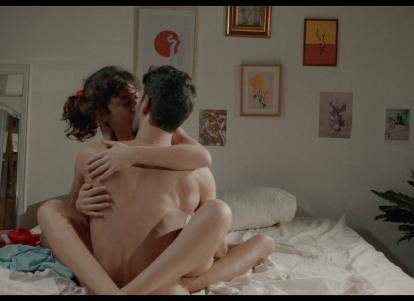 All Eyes Off Me 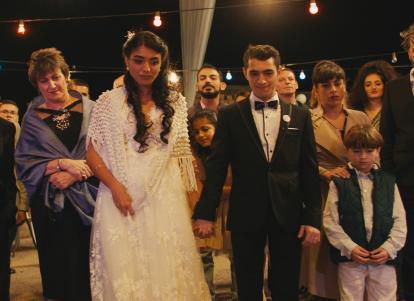 Let it be Morning

Shake Your Cares Away 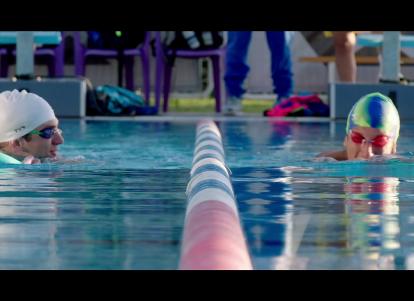