Ori (35), a theatre director at Tivon High School, embarks on a quest to fulfill his dream of directing in Berlin. His dream takes a turn when Tal (30), his fiancé and partner for the last six years, breaks up with him. He returns to his country in order to save his relationship. His distressed mental state draw him close to Lynn (17), a student of his. He ignores her romantic hints and the boundaries between them as he tries to replace Tal's absence. His actions complicate him with the police. Just before he gives up and returns to Berlin something stops him from boarding the flight.

Hybris and Outsiderity - Ori isn't satisfied with his work as a school director and dreams to succeed in Berlin. This hybris will eventually cost him his relationship with Tal (30) his fiancé. His grief over his breakup, in addition to his Intoxication of power as a director over the students, blurs the boundaries between them. As a result, besides getting complicated with the law, he loses his social life and is pushed to Outsiderity.

The Symmetry of Nadav's escorting-
In the beginning, while Ori dreams of succeeding abroad, his fiancé Tal tutors Nadav (16), an autistic Student. On a later stage, after Ori is fired, he begins tutoring Nadav. This supposedly anticlimactic move is in fact part of Ori's inner process. Through the pain of breakup and his moral fall, he pays the price of social exile but undergoes a personal transformation through the eruption of his hybris. Through working with Nadav, he is obligated to learn and practice modesty and to serve the other, which turns out to be what he is really called for. 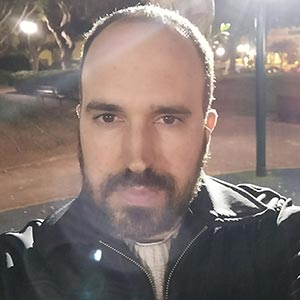 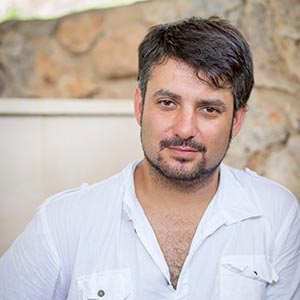