50-year-old Bella has been working devotedly for the Bar family in the affluent Caesarea, in Israel, for almost 15 years now, and regularly sending money to her husband and two children in a poor village in Ukraine. Bella convinces herself that the only reason for the temporary affair she is having with Avraham, the Ethiopian security guard of the rich neighborhood, is to help her deal with her homesickness. Despite the geographical distance, Bella feels she is still connected to her family and involved in their lives. One day she discovers that her daughter is pregnant, and no one told her about it. Bella is hurt and disillusioned, she decides that it is time to leave everything and go back home to fight for her place in the family. Bella returns to her old life as a different person, searching to rediscover herself and to reunite her family. But slowly she realizes that for her, there is no way back home. When she left her home the first time, she had to tear herself from her family in order to provide them a better future. Now she decides to leave her home a second time, with a heavy heart, but with the realization that the "temporary" identity she had built herself back in Israel has become her sole identity.

14 years after my mother was diagnosed with Parkinson’s disease, she agreed to let into the house a worker. A bulldozer dug a deep cavern under the house, to build an underground room for the new housekeeper. Suddenly, there was another woman in the house; she'd be the housewife my mother couldn't be anymore. After meeting her, I became obsessed with exploring immigrant workers' stories around me and discovered a big group of women who've been living on a geographical seam. In my story, Bella returns to her home after years. It's the confrontation between past and present and how much we change from the person we were, becoming alienated with the place and people we used to call home. People like Bella have been sacrificing everything they have, to build a future that, in the end, might not belong to her. The gap between the woman Bella was when she left and the woman she is today is the story I want to tell. This gap, in some way, is also the gap within which I live. Caught between the patriarchal conventions I grew up with and the modern liberated woman I am trying to be. 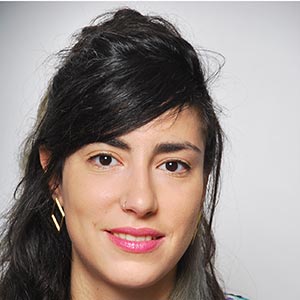 Based in Tel-Aviv. Graduate of The Sam Spiegel Film & TV School, Jerusalem.  Alumni of the Jerusalem film lab 2018 – won second prize, and alumni of the Berlinale Talents 2015. Writer-director of the film "Anna" (fiction, 24 min) which won First prize Cinefondation in the 2016 Cannes Film Festival, The Israeli Academy best short feature award, honorable mention at the TIFF, and other important awards in festivals around the world. During her film studies she wrote and directed a few fiction shorts, and a 50 min documentary, "Violeta Mi Vida", which won prizes at festivals in Israel and Russia. Or worked as an editor for different Tv series, and documentaries. Among them – "Mr. Gaga", director Tomer Hayman and the TV series "Unchained" by Yossi Madmony, David Ofek and Tamar Kay. She is currently working on her first feature script, "Home", which got the CNC special mention in the Torino Script Lab 2020. All her films telling stories about women from the outskirts of society, struggling to liberate themselves from social conventions, and be free. 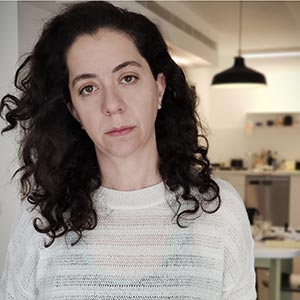 Independent Film and TV producer and Executive producer - Endemolshine Israel.  Adi is a graduate of the “Sam Spiegel School” in Jerusalem. Winner of the 2008 Production award and 2011 cinematography award. In 2019 Adi founded BARYO - a film and TV productions house. As an independent producer she produced the films  "Four Mothers" (2020) a documentary directed by Rafael Levin and Dana Kedar for HOT cable TV, premiered at the 2020 Docaviv film festival and "The Little Things" (2019) a documentary directed by Michal Aronzon, with the support of the NFCT, premiered at 2019 Docaviv film festival.  Between the years 2016 to 2019 Adi co-produced together with Greenproductions several feature films; "Shake your cars away" by Tom Shoval (In post production), "Electricians" (2019) by Boaz Armoni, "Scaffolding" (2017) by Matan Yair, screened at the Cannes Film Festival and won the best film at the Jerusalem Film Festival and "Voice Over" (2016) directed by 5 Sam Spiegel School Alumnus.  Since 2020 Adi joined as an Executive producer to Endemoleshine Israel and produced TV series such as; "Malkot season 2" By Gal Zaid for HOT cable TV, "The shop that has everything" By Uzi Wiel for KAN Israel public channel.