This is the second year that the Southern Film Festival provides a stage for debut films as part of a program that aims to present the prominent voices in international cinema. Two common aspects unite the films that will be shown during the festival - on the one hand, the theme of mental maturation, and on the other, the aesthetic and creative audacity which examines the cinematic genres. All are being debuted in Israel as part of the festival, and are the cream of the crop from some of the finest film festivals in the world.
Chinese director Qi Roy's film following the adventures of three girls living in a peripheral Chinese village and seeking to define their place in a society that ignores them. Tragic and mesmerizing lyricism and style that raises questions about the character of the film - is it documentary? Or fiction? - This characterizes this powerful and compassionate debut film, which has rare creative audacity.
On the Moon, 66 Questions are researched by Greek director Jacqueline Lentzou about the relationship between the daughter returning to her hometown in favor of caring for her father whose medical condition had deteriorated.
Lentzou navigates her film with a confident artistic hand, giving a renewed aesthetic interpretation to how intense emotions are created and represented in cinema and thus developing her unique cinematic language, which she began with several short and meaningful films.
In The Macaluso Sisters, Italian director Emma Dante unfolds a unique drama with epic dimensions, centered on five sisters whose childhood tragedy shapes the course of their lives. Dante's ability to design in a complete and mature way a whole life course and a wide range of human emotions and nuances - and all this in just 90 minutes - makes her an intriguing director whose creative future is fascinating. Indeed, it is no coincidence that the film won two awards at the 2020 Venice Film Festival.
In Fragments, Argentine director Natalia Grilda returns to videos she shot as a young girl when she documented in real-time, the disaster that took place in her hometown of Rio Testo. Through a thought-provoking craft of fascinating editing, the director produces a fascinating journey that combines national trauma, loss of home, and a desire for repair. Grilda uses videos she shot as 'found footage' and uses them to examine the nature in which memory is shaped.
In Censor, from the genre films of the past year in question, British director Frano Bailey Bond returns to a fascinating chapter in the history of the horror genre and the mass hysteria that aroused British audiences in the 1980s with the rise in the availability of videotapes. Bailey Bond's film is a spectacular and talented journey, during which she examines how cinema can shape and distort the viewers' consciousness. 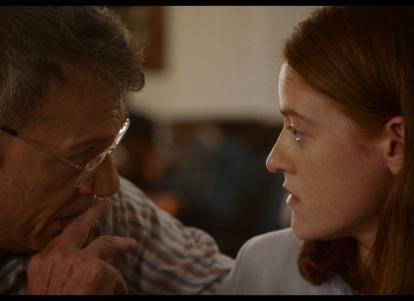 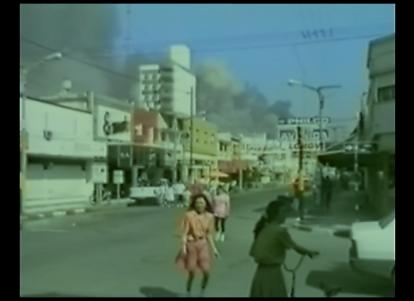 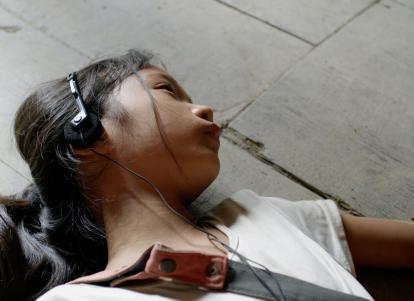 The day is Over