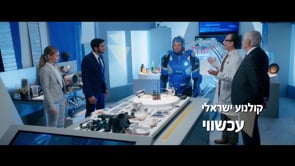 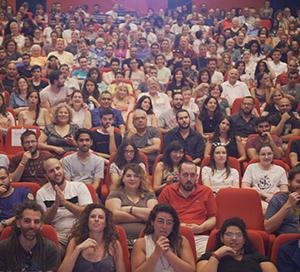 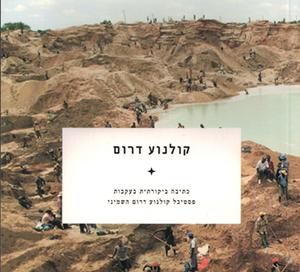 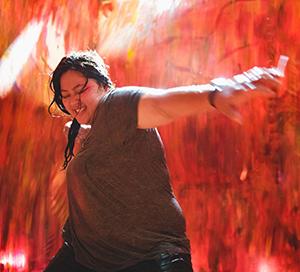 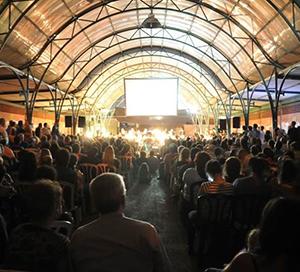 Cinema South Festival all the Year
About the Festival

"The Cinema South International Film Festival has established itself as a space of debate and reflection in the heart of the volcano".
Cahiers du Cinéma, September 2014

An initiative of Sapir College – The School of Audio and Visual Arts, Cinema South International Film Festival has taken place every year since 2002 with an emphasis on student films. However, within a few years it has become an international film festival that provides a central stage to quality, radical Israeli and global cinema. The Festival takes place every year in June at various locations throughout the north and western Negev. Cinema South Festival International Film is the only one produced in the south by people of the south, with a unique cultural agenda relevant to it's location. "The south" is a cinematic concept that raises the banner of a cinema meager in means, yet rich in humanity, aspiring to evoke critical dialogue.

The Festival is located in a fascinating, vibrant and diverse region in the northern Negev, in the city of Sderot. Its inhabitants are several generations of immigrants from all corners of the world. Second and third generation North Africans alongside relatively new immigrants from the Caucasus and Ethiopia. Other towns in the area include South American immigrants and communities of Bedouin wanderers whose settlements were recently provided permanent status. The region edges on the blistering and bleeding border with the Gaza Strip and in the past was alive with social and commercial ties with the cities of Gaza and Rafah.

It is here, at this blazing crossroads that we open a window to another cinema – full of daring and shattering of conventions. First-class global cinema coupled with the newest voices in Israeli cinema. In recent years the finest Israeli films debuted at the Cinema South Festival including 7 days and Gett by Ronit and Shlomi Elkabetz, Waltz with Bashir by Ari Folman, Footnotes by Yosef Sider, Ajami by Yaron Shani and Scandar Copti, God's Neighbors by Meni Yaish, That Lovely Girl by Keren Yedaya and many others that opted to share their creations, time and again, in the south.
The most prominent filmmakers in the world in contemporary cinema also join the Festivals' celebration of cinema. Among the filmmakers we were privileged to host in recent years: Carlos Reygadas, Brillants Mendoza, Anocha Suwichakornpong, Bruno Dumont, Christine Johnson, Natalia Almada, Pablo Larrain, Richard Gere, Marcel Ophuls, Albert Maysles, Mania Akbari, Dominga Sotomayor, Denis Côté, Bing Wang and many others from the summit of cinematic creation worldwide.

Cinema South International Film Festival presents a program rich in films, performances and special events that provide the public a direct encounter with filmmakers, directors and producers. Dozens of workshops and music performances join the hub of film screening and create a week's celebration in the city of Sderot and throughout the Negev.